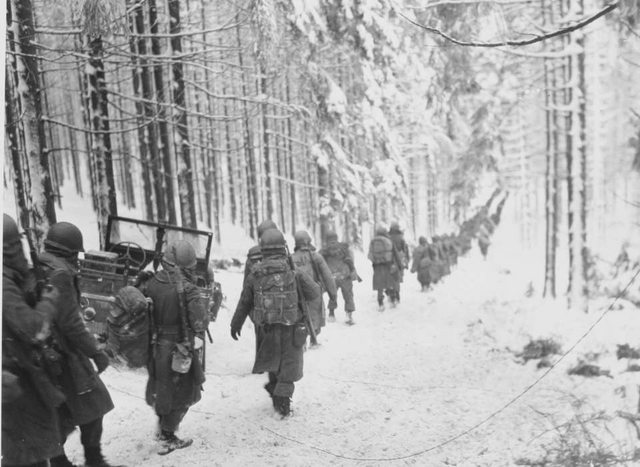 Situation:
German forces are conducting a large scale counter offensive throughout the region. Hand picked by Hitler himself, German units are well equipped and motivated. Allied forces are attempting to halt the advance where possible, however with extreme weather conditions hampering supply lines, the task is proving difficult. RG units, initially called forward as a reserve force, are to once again go on the offensive to attempt to retake ground recently lost. 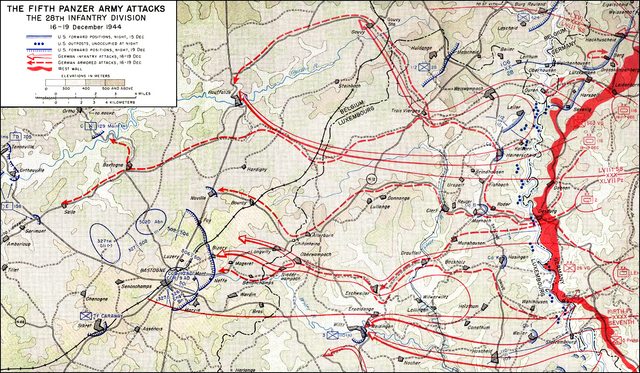 RG is to halt the advance and attempt a counter attack if possible. If breakout is achieved, RG is to advance and secure a key bridge before it can be destroyed.


Execution:
Due to the dire situation, all RG units will be under central ground command.
RG forces are to convoy from the starting position in force. Moving north to retake previous allied defensive positions.
Once in a defensive posture, RG will prevent any further enemy forces from breaking through our lines.
If possible a counter attack should be made.
If a break through is achieved, RG are to advance North toward the bridge at Montherme, disrupting and engaging any enemy forces encountered en route.
The bridge is the ultimate objective, however any damage to enemy supply and forces will be considered a success.

No Allied Forces are expected forward of our start line due to heavy losses.