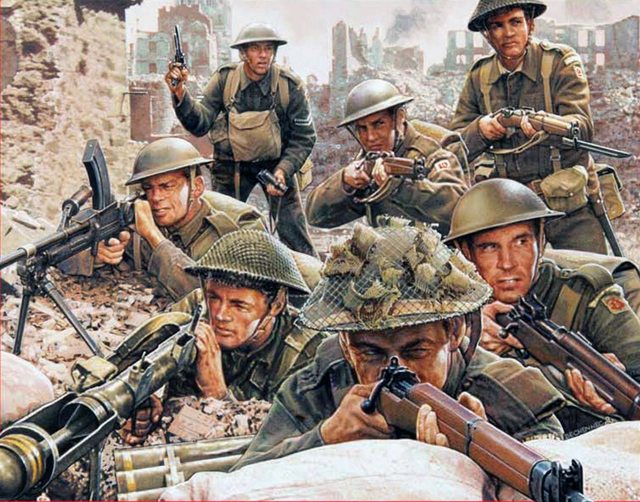 While it is almost certain that RG could trace its origins to before WW1, perhaps even to colonial times. The outbreak of war in Europe for a second time solidified RGTF as a fighting force, establishing many of the traits and traditions that are still at the core of the unit. Of course tactics, equipment and ORBAT have changed over time to best suit the needs of the Task Force, however the core remains.

Although little is known about exact dates and places due to the secrecy in which things were established, we can piece together some information to give a brief overview on how RGTF came to fruition.

Colonel Andrews II -  a British Army Colonel, had spent much of his career as a tactician in Whitehall. Having proved his prowess during WW1 as a company commander, even being attached to US forces in the latter part of the war, he was now an advisor of sorts. Deemed brilliant by his peers and reckless by his superiors he had hit a rut in his military career. Unable to progress, yet too valuable to brush under the carpet.

A wealthy philanthropist, he found few friends amongst the officer class of the time. Yet his lectures on tactics and wargaming practices were legendary. Least of all due to the large wagers he would make against his students. 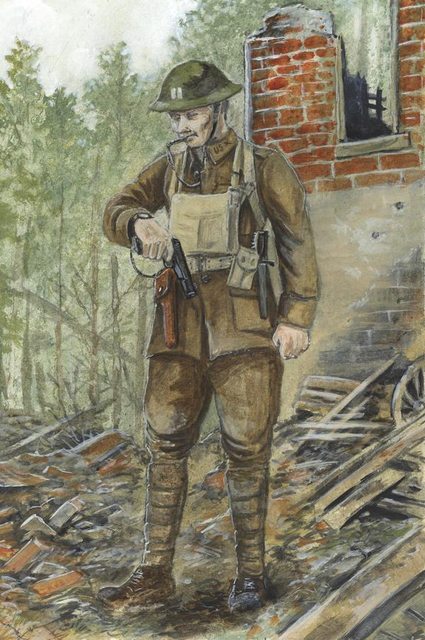 Then Captain Andrews - Attached to US Forces 1918

Years of teaching and advising had proven boring. Colonel Andrews found enjoyment by gambling away his time, expanding an already vast wealth accrued from his family past dealing in the mercenary trade.

When war broke out he yearned for combat, putting into practice what had only been plotted on tables. Yet his character was deemed unsuitable. Too much of a 'loose cannon' for command. Colonel Andrews resigned at some point in summer 1939.

As the war went on into the years end, Andrews was approached to rejoin as a staff officer, yet he refused as he would not be given a direct command.

As countries began to fall, it is noted that Colonel Andrews (ret) proposed a plan to his few friends still remaining at Whitehall. Although the details of the plan are lost to us, we can ascertain that they involved the enlistment of the numerous refugees, armed forces personnel and willing volunteers, now stranded from their home nations into the British Forces. As these were not organised groups of fighting men supported by their own governments in exile, the plans were turned down. Historians propose that one reason the plans were turned down was Andrews insistence that anybody should be allowed to join, including women and Germans opposed to the Nazi regime.

Andrews would not rest until those who wanted to fight, could fight. The details are somewhat murky, however a deal was struck that allowed him to procure large amounts of British equipment rather quickly, paying above market price. (historians note the cost of the war was weighing heavy on Parliament). Soon after advertisements were produced in papers and on leaflets in pubs around England, offering a chance for those who wanted to fight, to be able to do so. Although not authorised to do so, Andrews did what he did best and Gambled. Using his familial contacts from previous mercenary work to establish a working network of intelligence, logistic and support personnel and infrastructure.

By February 1940, RGTF had been formed. Men and women from all walks of life had joined, British included.

This had not gone unnoticed by Whitehall and Andrews was arrested. Again, the details of what transpired after his arrest are murky to say the least. The next records show that in April 1940 Andrews had now been restored to Colonel, and with considerably less money than he had previously.

Records stamped RGTF begin to appear at this time - initially detailing a Home Guard deployment to the South of England.

Excerpts from Andrews' diary note some of the thinking of his new force.

"It is not easy to create a force from scratch, bought and borrowed equipment, people speaking languages others have never heard of, those deemed unfit to fight. A band of misfits. Yet compelled to fight, united in a common cause, why should they be denied that chance? Beaurocracy? Politics? they have no place in these peoples minds."

"The backbone of the force is of course the infantry, the man in the trenches. I know not why people warn me against this endeavour, I'd wager they will fight as well as any conscripted man, better in fact. I'd gamble whats left of my fortune, but then that's what they call me, 'a gambler', ha! I may as well embrace that."

"The infantry need support. By air, by land, whatever they can get, yet these support elements need teeth and claws"

"There's a town in America, Las Vegas. They adapted to what was happening around them, changing the rules to suit what was best for their situation, now they prosper. We must do the same."

In May 1940, France's defence was collapsing rapidly. Andrews, seeing this as a chance to propel RGTF into the war approached Whitehall once more, offering his services in France. The request was granted.

Many historians think this request was granted as a way to 'get rid of the problem'. RGTF was deployed ill equipped and ill prepared, under the provisions they served under no flag with little or no support form allied forces.

its a bit of fun, just roll with it

Wow, this is brilliant.

Kevin Costner to the British Army: " I can offer you nothing, but respect"