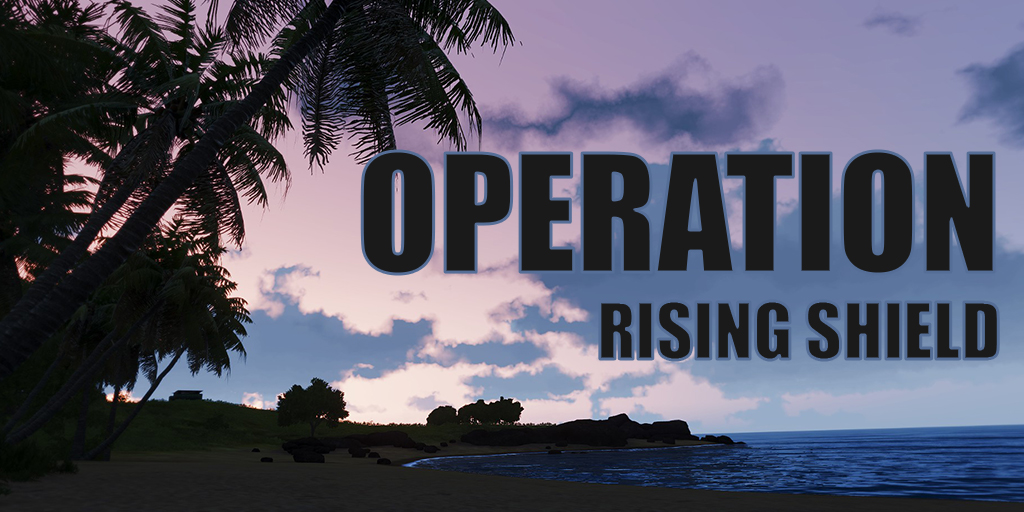 Following the successful mission “Operation Tidal Wave”, Russian insurgent forces have started to dig in on their currently held positions as the taskforce had stopped their advancement. A plan to siege the enemy has been scrapped as it has become known that these forces possess chemical weapons. RG must now lead a beach assault and locate these weapons before they are ready for use.

Task Force RG must set off from its naval staging point of (077-011) and assault the insurgent held island. The primary goal for Gambler is to reduce the enemy combat effectiveness by destroying key installments on the island. It is known that the device is mobile and contains encrypted firewalls to prevent tampering with the device and towards activating its failsafe. Vegas will be required to corner and capture an insurgent spy and inside-man to acquire information regarding the whereabouts of the weapon and it’s encryption key. This information must be sent to Gambler so that the device can be handled and taken to an allied checkpoint. Once the device has been handed over, Gambler must either dig in or extract to the carrier. Friendly forces will be present during the assault.