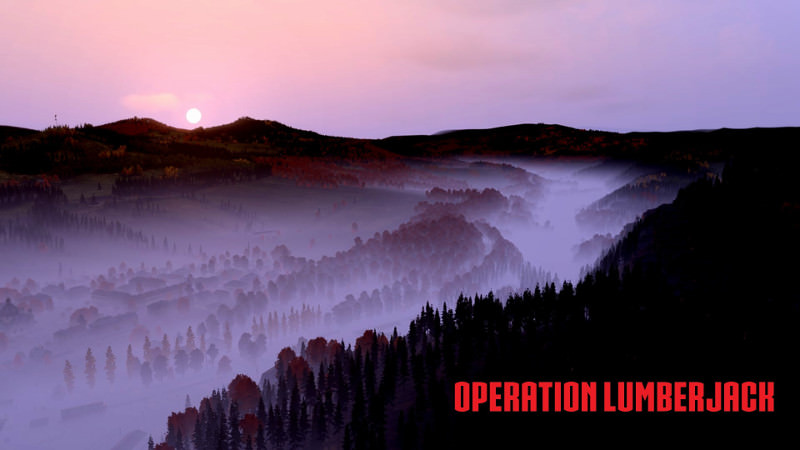 A lot of things has happened since Operation Treeline, when RGTF helped the US defend against the Russian invasion. Most notably the Russians sued for peace after their major offensive failed to capture the NW airbase and having suffered tremendous amounts of casualties in doing so.


The region however is not as stable as one might think now with the two powerful nations at peace. Russian government still disapproves of the American installation of missile defense systems in the region and seems to be using the Chernarussian Movement of the Red Star as their pawn to destabilize the region.

ChDKZ seized control of all the territory the Russians withdrew from and with it, “scavenged” a lot of the Russian equipment left behind. The rebels has for a time now been a wrench in the cog for the US forces stationed in the region and the civilians has yet to be allowed to continue their everyday life.

To ensure an end to this once and for all, the US started an offensive to destroy the rebels. Their plan was to attack the rebel strongholds in the two major cities Elektrozavodsk and Chernogorsk. This did not go all to plan when the US forces met an unexpected amount of resistance attacking Elektrozavodsk. ChDKZ had forseen their offensive and fortified the cities extensively. And when their second detachment advanced to besiege Chernogorsk, the troops happened upon several strongly fortified positions along the forests and hills north of Balota air base, and had to halt their offensive towards Chernogorsk. As of this moment the US forces are focusing all their efforts to crush the rebels in Elektrozavodsk.

In order to move the plan along, RGTF has been once again hired by the US to help in the region. We’ve been tasked to destroy the rebels foothold in the city Chernogorsk. It is however not that simple. We must first destroy the rebels fortified positions in the forests and hills north of Balota air base then proceed to assault the air base it self. Only then will RGTF be strategically situated to take the city.

Together with destroying the rebels in Chernogorsk, the US has also tasked RGTF to investigate a lead which will possibly give us the location of the ChDKZ commanders and leader. RGTF is to hunt and kill them.

Enemies are well trained and equipped with Russian weapons.The ChDKZ is in possession of a high amount of ZU-23-2’s stationed in the Balota air base and Chernogorsk, left behind by the Russians. Possible threats of MANPADS.

RG will have the following available:

Lt.Stabcon will be in direct control of the RG Task Force operation.