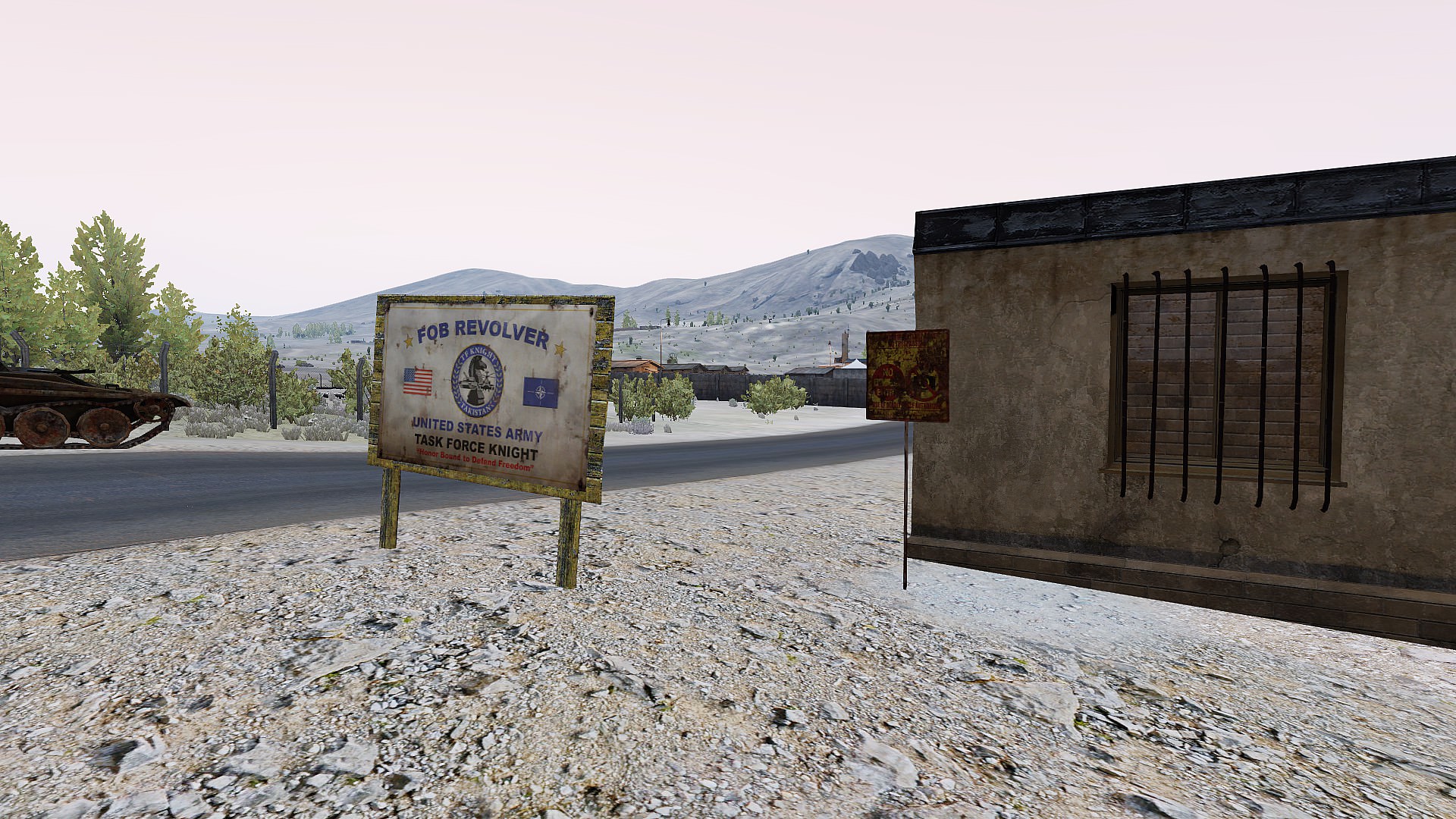 Talibans have executed a very violent coup in which they have taken control of the Takistani Armed Forces. As US had feared this scenario they have established a presence in the country. NATO TF Knight operating out of FOB Revolver, near Loy Manara was created in 2015 to maintain peace and stability in the country. But due to the budget cuts and CIA estimates that the number of Talibans in the area is minimal, the NATO has decided to give more control over to the Takistani Armed Forces. In January 2018 TF Knight was scaled back even further, leaving only a company strength element with main task to provide support to Takistani Armed Forces.

As per agreement with Takistani government TF Knight was still in control of FOB Revolver, but was scheduled to leave the country completely by August 2018. As NATO mission mandate was extended in June new negotiations have started to keep NATO presence in the country indefinitely. Takistani government refused to agree and asked NATO forces to leave the country. NATO forces refused to leave and Takistani government wasn’t willing to risk any kind of escalation and possible repercussions. Since then Taliban presence in the country rose quickly as Taliban leaders saw that people will rally against weak government. In the end of November TF Knight detected that population was increasingly aggressive towards them and requested reinforcements.

RGTF was scheduled to arrive in the area on 2nd of December, with their equipment arriving 4 days in advance. On 30th of November Taliban forces attacked government buildings in the capital, Zargabad. In only few hours they have captured all of the major figures in the Takistani government. Next day Takistani Armed Forces attacked FOB Revolver and took control of it. TF Knight attempted to evacuate, but all attempts to do so have failed.

RG will have the following available:

Lt.Stabcon will be in direct control of the RG Task Force operation.